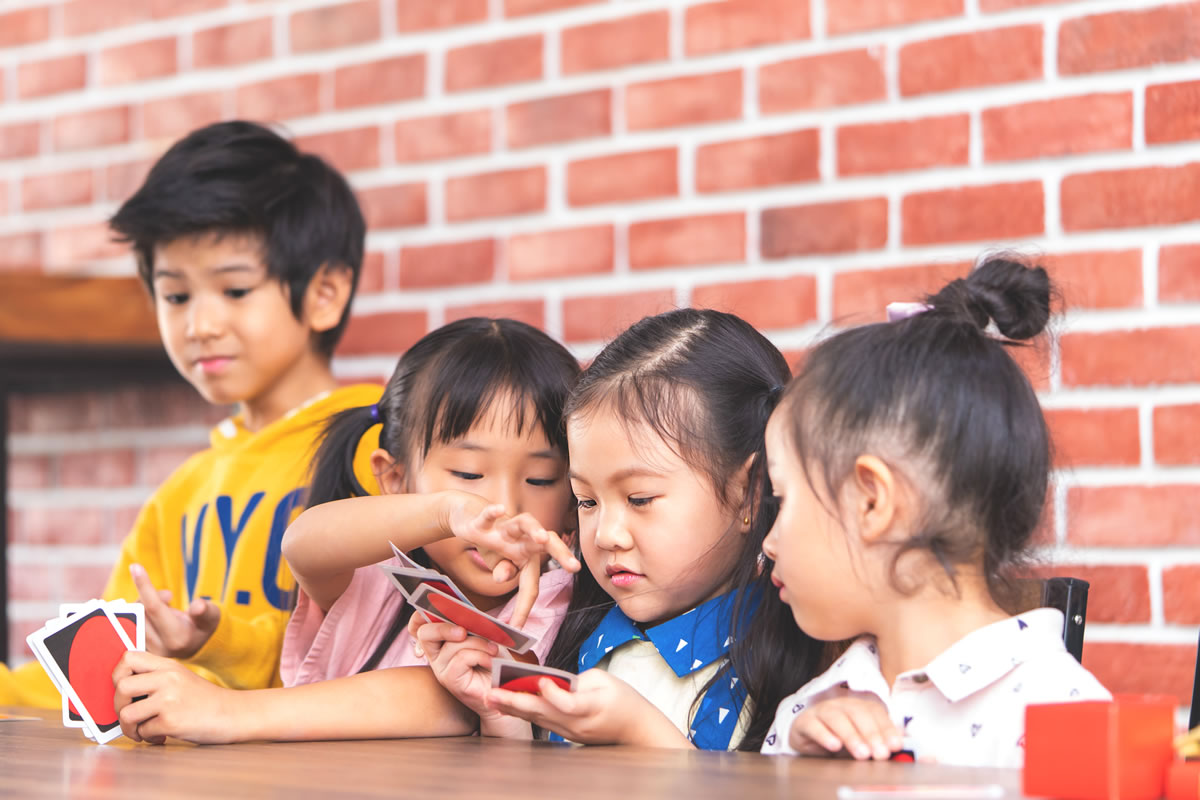 Easy to Learn Card Games for the Whole Family

Game nights are an excellent opportunity for the family to get together and spend some quality time with one another. There are many different games that you can play with a variety of ages and group sizes. Here are seven card games the whole family can enjoy.

Be sure to check out Bicycle Cards for complete rules to all of these games and additional card game ideas.

Spoons can be played with three to five players. Each player takes a card and then passes one on to another player. When you get four of a kind, you reach for a spoon in the middle of the table — there is one less spoon than the number of players. If you don’t get a spoon, you get a letter. You continue to play until someone gets all the letters to spell S-P-O-O-N, and then they are out.

The game of hearts is for older players. You can have three to five people playing this game. The goal is to have the least amount of points in your hand at the end of the round. You try to put down cards based on suits, and the aim is to have the least number of hearts in your hand. You get one point per heart card. Everyone plays until you hit a decided amount of points.

Poker is a traditional gambling game played by many. It’s best to have five or more players, and the idea is to get the best hand possible so you can win the money that is being bet.

Go Fish is an excellent game for a younger audience. Two or more players take turns asking for a card in their hand so they can get matches. You win if you have the most matches at the end of the game.

War is a game for two players. Putting one card down at a time, players aim to have the highest card so they can win all the cards. If you have a match, then it is war. Players put down one additional card face-down and one card face-up. If you have a higher card, you take all six cards.

This card game is for two or more people. You want to get rid of all the cards in your hand by placing a matching suit or card number on top of the last played card. Eights are wild and can be played at any time. An eight also lets you choose whatever suit you want the next person to play.

These are just a few cards games you can try, but whichever game you choose, you will be sure to have fun with your entire family.