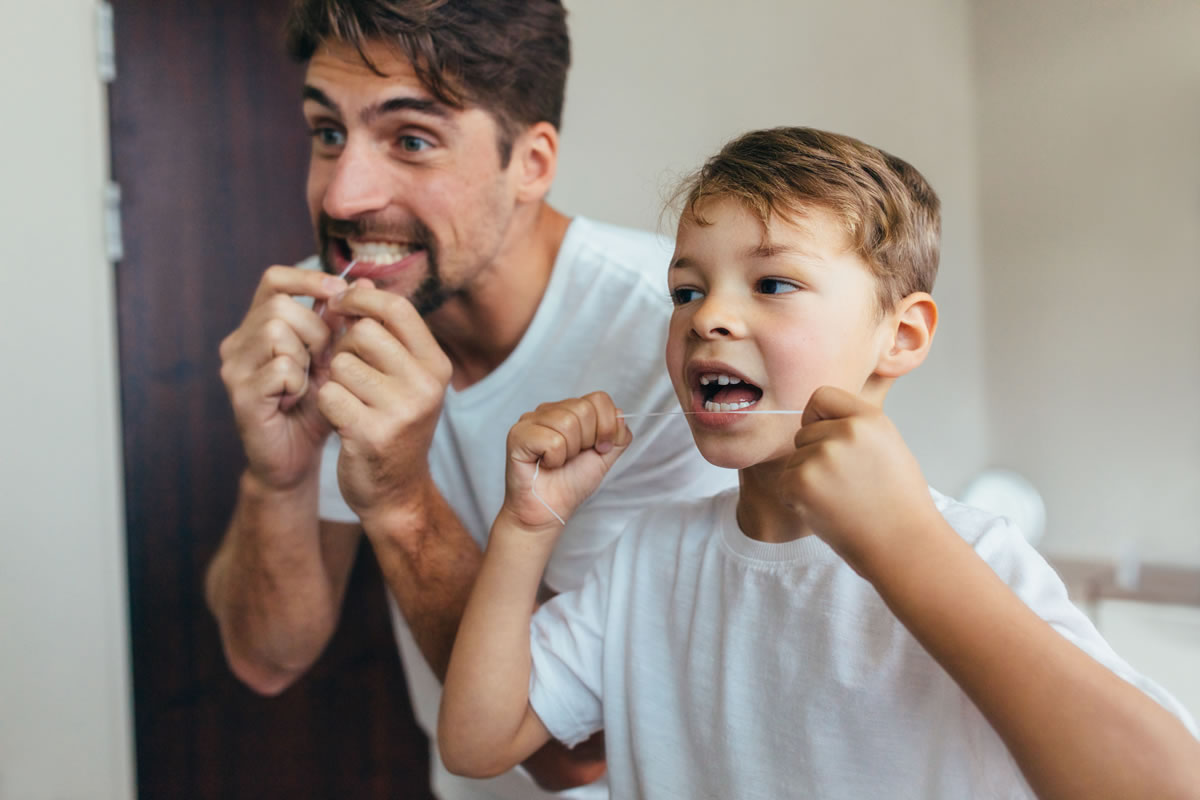 Facts and Myths About Flossing

The Canadian Dental Association encourages us to floss every day for a clean and healthy mouth. However, many Canadians are still confused about this oral health practice. Read on to learn the facts about flossing and the truth behind some common flossing myths.

Myth: I Only Need to Floss When I Have Food Caught in My Teeth

Flossing is easier than ever before. Your dentist or dental hygienist can show you the basic technique, but if you struggle to floss the traditional way, try a floss holder. This Y-shaped device has a small piece of floss between two prongs. Many people find floss holders easier to manage, as they can be used with just one hand. They can also make flossing those difficult-to-reach back teeth much easier.

If you use the correct type and have a healthy mouth, flossing shouldn’t hurt at all. Flossing can be uncomfortable for people with gum disease at first, but with regular flossing, most find the process becomes less painful. If you are experiencing pain when you floss, chat with your dentist about your flossing technique.

Myth: I Should Stop Flossing if My Gums Bleed

Seeing blood when you floss can be a little scary, but some bleeding is totally normal. It’s definitely not a reason to give up flossing!

Bleeding during flossing can alert you to some potential problems though. Some people bleed because they’re flossing too enthusiastically. If you bleed a lot, be gentler and see whether you bleed less. You may like to get some pointers about flossing techniques from your dentist or dental hygienist. People with gum disease usually bleed more than others when they floss. Take a close look at your gum line and see whether it’s inflamed. If you think you might have gum disease, schedule an appointment with your dentist.

There’s no truth to the myth that flossing correctly exacerbates receding gums. In fact, flossing can actually prevent gums from receding, since it cleans food particles and bacteria out from below the gum line. That makes flossing crucial for people with hereditary receding gums and gingivitis. If your gums are already receding due to periodontitis, flossing daily can help prevent further damage.

Overzealous flossing can speed up gum recession though. See your dentist or dental hygienist for advice on the best flossing technique.

Myth: I Can’t Floss Because My Teeth Are Very Tight

Flossing teeth that have little space between them can be challenging, but that doesn’t give you an excuse to skip this important oral ritual. You might need to adjust your technique. Use a seesaw motion, moving the floss backward and forward to manoeuvre it between the tight spaces between your teeth.

Certain flosses are also easier to use when your teeth are right. Try waxed floss or floss made from a substance called polytetrafluoroethylene if you struggle to use regular floss on your tight teeth. These flosses have slippery surfaces that can slide between tight spaces more easily. Some dental flosses are also thinner than others, and thus better for people with teeth close together.

Myth: I Shouldn’t Floss Because I Have Braces

Braces can certainly make flossing challenging. But failing to floss for the months or years that you have braces is a bad idea. Just imagine how much food and bacteria will be stuck between your teeth by the time you get your braces off! There’s no point straightening your teeth if they’re not healthy when your braces are removed. If you find flossing with braces difficult, your dentist, dental hygienist, or orthodontist can help you perfect your technique.

Myth: Flossing Can Cause Fillings to Fall Out

Flossing can’t make fillings that are kept in good condition fall out. A filling that’s already loose or fractured may fall out during flossing, but these fillings would need replacing anyway. Flossing can actually alert you to problems with your fillings you might not be aware of otherwise!

While we’re on the subject, flossing also won’t impact crowns, either. In fact, failing to floss every day will make it more likely you’ll get more fillings and crowns!

Just 2-5 percent of people floss regularly. However, the overwhelming majority of people should floss. You should floss every day unless your dentist or dental hygienist tells you not to.

Flossing is good for the vast majority of people. If you still have questions about flossing, your dentist or dental hygienist can provide the answers.

If you’ve heard that flossing is no longer recommended, as was mistakenly reported a couple of years ago, read our article: Is Flossing Still Recommended?