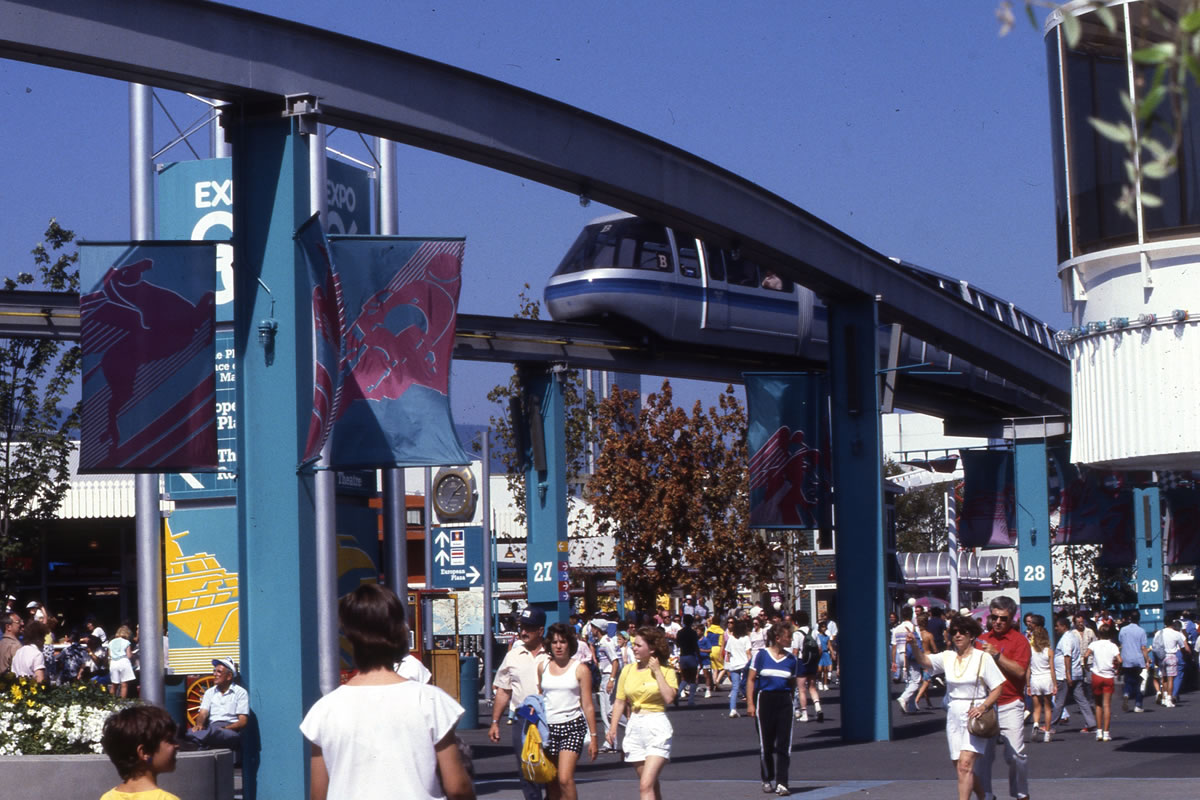 History of World Expositions in Canada (Expo 67 and Expo 86)

World Expositions are held around the globe to showcase the achievements of nations. Throughout the history of World Expositions, Canada has been able to host the celebration twice. Learn more about when and where these expositions were held, as well as what innovations they produced and the lasting legacy they had on the host cities.

The first World Exposition held in Canada was the 1967 International and Universal Exposition, typically shortened to Expo 67. It was held in Montreal, Quebec, from April 27 to October 29. Canada wasn’t even supposed to host the exposition that year. The Soviet Union was celebrating the 50th anniversary of the Russian Revolution, and the exposition was originally scheduled to be held in Moscow. However, the Soviets had to cancel for various reasons, and in 1962, Canada received the nod to host in the exposition.

At the time, computer analysts said there was no way the city would be able to open the exposition on time. However, Montreal’s mayor, Jean Drapeau, and his team of managers were able to overcome a variety of obstacles to not only get it open on time but also make it one of the most successful expositions of the 20th century. In fact, the exposition was so popular that it set a single-day attendance record on its third day.

The theme of Expo 67 was “Man and His World,” which was based on a 1939 book titled “Wind, Sand and Stars” by French author Antoine de Saint-Exupery. The theme was then divided into five main groups: Man and the Community, Man the Explorer, Man the Creator, Man the Producer, and Man the Provider. These main categories then had smaller subgroups.

Several sites were proposed for the exposition, but ultimately, Drapeau’s idea to enlarge the existing Saint Helen’s Island and create a new island in the St. Lawrence River was selected. The countries that participated in Expo 67 either constructed their own pavilions or worked with other nations to build regional pavilions on these islands. Altogether, the exposition had 90 pavilions.

It also showcased the Habitat 67 modular housing complex, which has since been purchased by private individuals and is still occupied today.

Along with Habitat 67, the metal-lattice skeleton from the Buckminster Fuller dome is still standing and now houses the Montreal Biosphere, an environmental science museum. While the majority of the other structures have since been demolished, the two islands that housed Expo 67 are now a municipal park called Parc Jean-Drapeau.

1986 World Exposition on Transportation and Communication

The second World Exposition held in Canada was the 1986 World Exposition on Transportation and Communication, otherwise known as Expo 86. This exposition was held in Vancouver, British Columbia, from May 2 until October 13. The exposition coincided with Vancouver’s centennial celebration, and the theme for Expo 86 was “World in Motion – World in Touch.”

The exposition was held on False Creek, which was a former rail yard and industrial wasteland. Since the theme was about transportation, part of Expo 86 highlighted Vancouver’s status as a major port and its role in connecting Canada by rail. The exposition had 6 coloured zones, and each zone contained pavilions, rides, theatres, and restaurants. Altogether, Expo 86 had 65 pavilions for the international countries, provinces, territories, states, and corporations that participated.

Expo 86 was known for its entertainment and exhibits. Many of the pavilions frequently showed films related to transportation and the beauty of Canada. The exposition also had six theatres that provided free entertainment every day. Some of the performers included ballet and opera companies, singers, dancers, musicians, and comedians.

The sculptures were also counted among the most entertaining spectacles of the exposition. The bright and colourful UFO H2O by John Gilbert was a popular water playground for children that resembled an alien spaceship. Another impressive sculpture was Highway 86, which was a 217-meter undulating walkway for pedestrians.

Beyond the exposition’s immediate popularity, it made several numerous lasting contributions to the city. The SkyTrain, which was a fully automated elevated rapid transit system originally built to serve the exposition, later became the backbone of Vancouver’s metro system. The Expo Centre – Science World was an interactive educational centre that is now a science museum called Science World at TELUS World of Science. Canada Place, which started out as the Canada Government pavilion during Expo 86, is now a major downtown convention centre and popular docking area for cruise ships.

Expo 86 was considered an immense success for Vancouver because it offered a strong boost in tourism. Additionally, many view the exposition as Vancouver’s transition from a small provincial city to a major city with global influence.

Expo 67 and Expo 86 were two popular World Expositions hosted in Canada that showed the world the warm and friendly spirit of the country and left a lasting impression on the cities that hosted them.