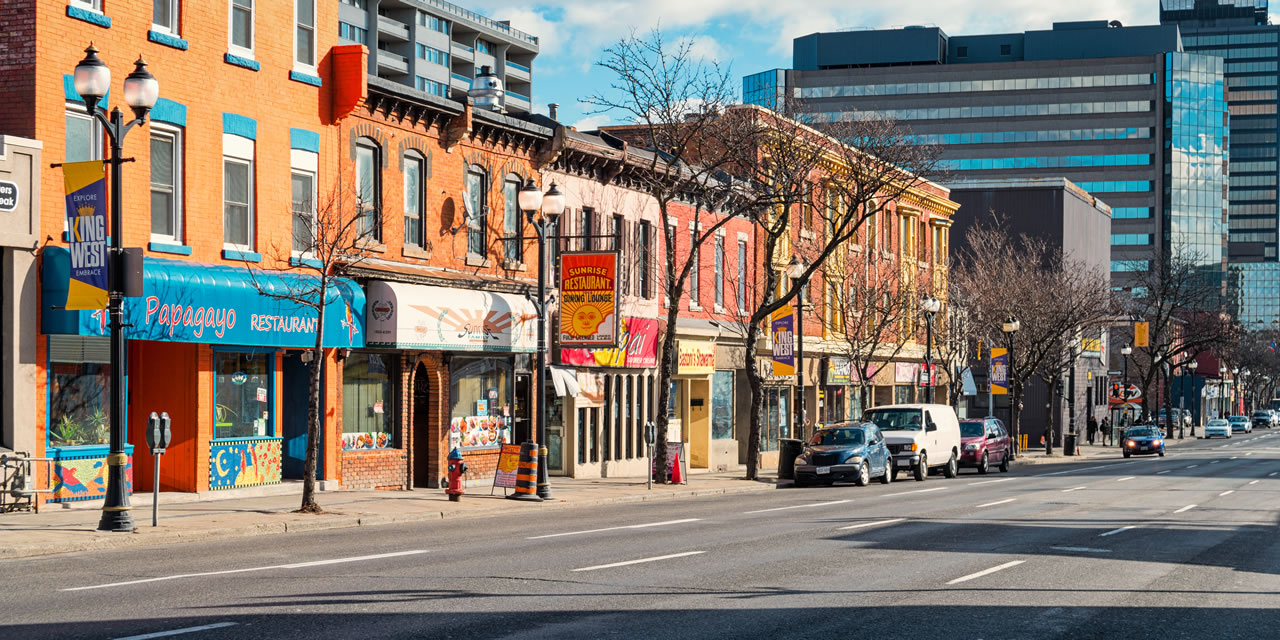 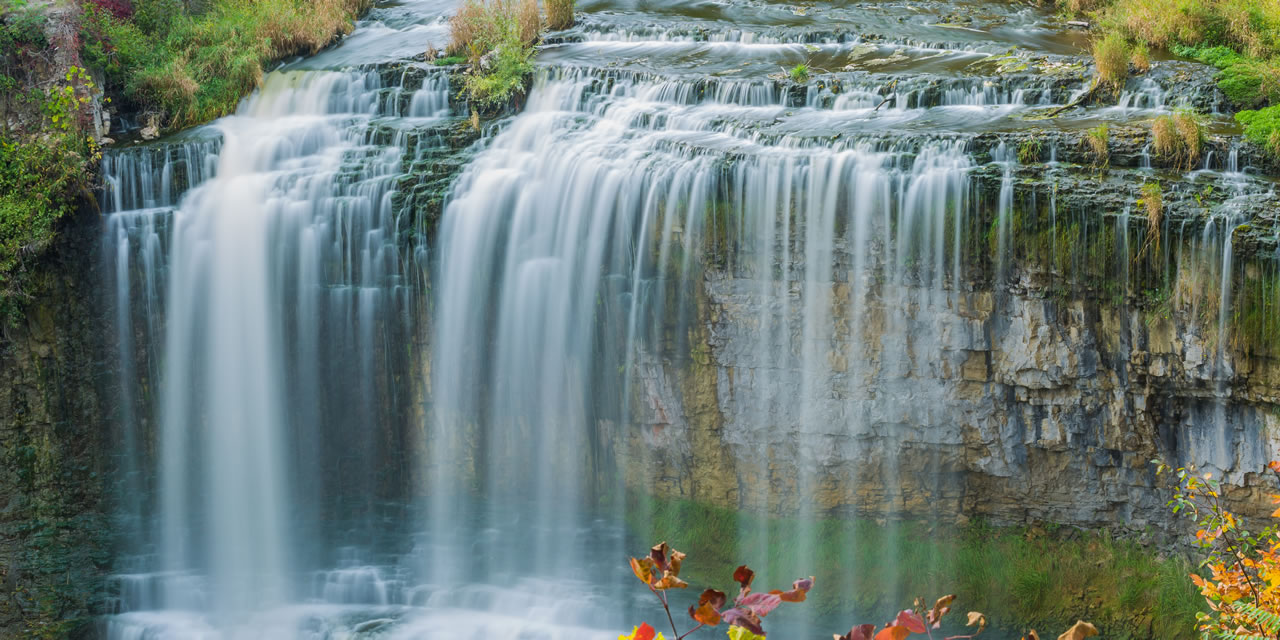 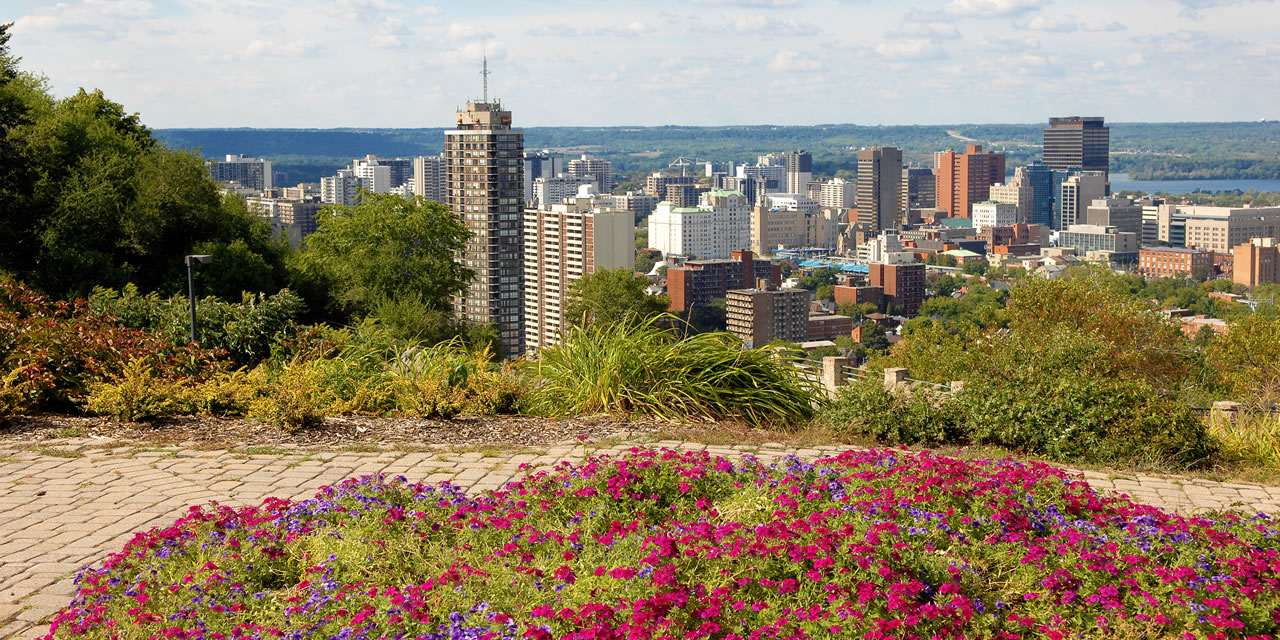 Hamilton, Ontario, is a port city located 64 kilometres from Toronto. Situated in the Golden Horseshoe on Lake Ontario's west end, Hamilton has a population of 536,917.

Before European colonization, the Hamilton area was occupied by the Neutral First Nations people, who called the area Attiwandaronia, and later by the Iroquois. Following the American Revolutionary War, the Crown in Upper Canada (now known as southern Ontario) granted land to about 10,000 United Empire Loyalists. They were followed by other Americans as well as Iroquois. The Iroquois supported Great Britain during the American Revolutionary War.

Hamilton was planned by George Hamilton, who purchased farmland not long after the War of 1812 and later sold it to the Crown for development. The new community grew quickly, especially after the addition of a canal that made Hamilton a major port. The town limits were legally defined in 1833, and Hamilton officially became a city in 1846.

Industrial businesses drove the city's economy and increased the population until the 1960s, which brought a shift toward the service sector. Hamilton's borders changed on Jan. 1, 2001, with the amalgamation of Hamilton and five neighbouring communities: Ancaster, Dundas, Flamborough, Glanbrook, and Stoney Creek.

123Dentist is a proud supporter of our beautiful community. Hamilton is bordered on the north by the Hamilton Harbour and bisected by the Niagara Escarpment, which creates upper and lower sections of the city. The southern part overlooks the northern end and its urban core. Views are spectacular from atop the escarpment, and you can find more than 100 waterfalls nearby, along with wooded trails.

The Hamilton Harbour offers ample opportunities for gorgeous views, beach outings, shopping, dining, and exploring the water on the Hamilton Harbour Queen. Some cultural attractions in Hamilton include the Canadian Warplane Heritage Museum, the Royal Botanical Gardens, the Hamilton Museum of Steam & Technology, and Dundurn Castle, a neoclassical mansion. Hamilton has about 40 pieces of art throughout the city and houses the Art Gallery of Hamilton, the third largest public art gallery in Ontario, which houses more than 9,000 works.

Some of the annual events in Hamilton include It's Your Day, the oldest and largest Canada Day festival in the country; Supercrawl, a weekend of music, art, food, and more; the Dundas International Buskerfest, a celebration of street theatre; Veggie Fest Hamilton, a plant-based food festival; and the Telling Tales Festival, a storytelling event with multiple locations.

The Future at Hamilton Harbour

Our dental clinics are invested in the future of Hamilton. We particularly note the impressive ongoing efforts to bring improvements to Hamilton Harbour, which degraded over time due to economic development and pollution but has since experienced positive changes. The water quality has improved, wildlife is healthier, the harbour has more public access, and species such as bald eagles have returned. The Bay Area Restoration Council's vision is for the harbour to be healthy, thriving, and accessible.

Hamilton is a vibrant city with natural beauty, fascinating attractions and activities, and thoughtful community organizations. There's no place we'd rather be.