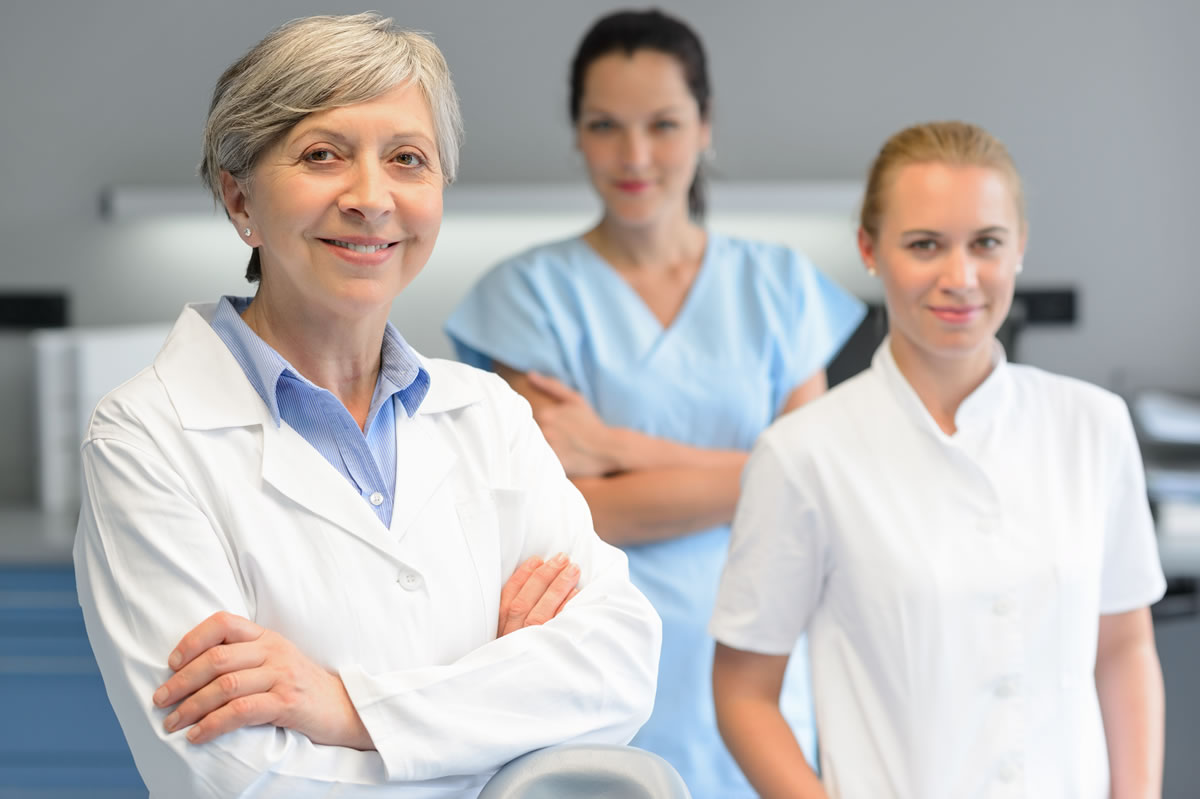 International Women’s Day: A Celebration of Women in Dentistry

Times have certainly changed since 1898, when Emma Gaudreau Casgrain became the first woman licensed to be a dentist in Canada. Today women are a growing force in the dental industry within Canada and beyond. According to the Canadian Institute for Health Information, the number of women dentists in Canada rose from 16 percent in 1991 to 28 percent in 2001. By 2011, the proportion had grown to 29.5.

International Women’s Day is the ideal time to take a closer look at the role of women in the field of dentistry.

The number of women practicing dentistry in Canada should continue growing with women graduating with dentistry degrees than men. For example, in 2016, 34 women graduated from the University of British Columbia’s (UBC) dentistry schools for every 24 males. Many dentists estimate roughly half of their graduating class members were women.

Dr. Alison Fransen, a general dentist at Wesbrook Village Dental Centre who graduated from UBC in 1997, said she had a “great experience in dental school,” which gave her “lots to learn.”

Dr. Julia McKay and Dr. Carlos Quiñonez, in their article “The Feminization of Dentistry: Implications for the Profession” published in the Journal of the Canadian Dental Association, stated female dental students bring something different to the classroom than their male peers. Female students are more emotionally sensitive and expressive, qualities which help them socialize with other students and respond to the patients they see during internships and hands-on course components.

Women in Dentistry Have Prominent Female Figures to Inspire Them 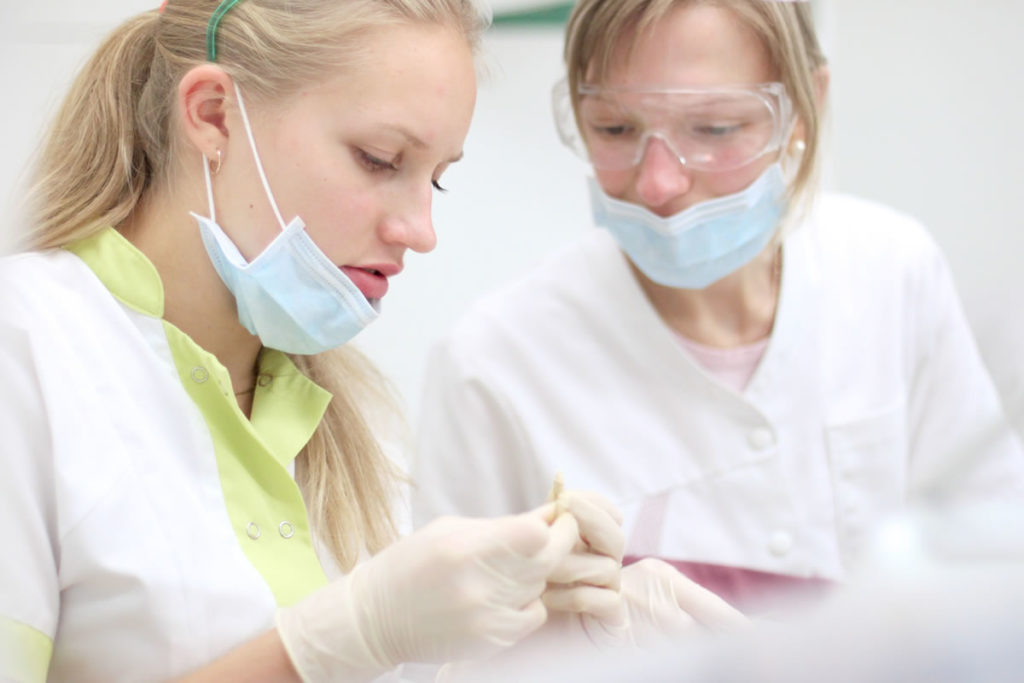 In her 2006 Psychology of Women Quarterly article “Someone like me can be successful: Do college students need same-gender role models?,” Penelope Lockwood explained female students are significantly more influenced by a role model’s gender than male students.

Female students, she wrote, feel much more motivated when reading about a successful woman in their field than a successful man. When citing career role models, female students also tended to identify women they look up to, largely because they felt they may face similar industry challenges to the women that inspired them. It’s significant that as more women excel in dentistry, more women are inspired to follow in their footsteps.

Burnaby dentist Dr. Wise Tang says Dr. Karen Burgess, who she observed practice during her volunteer program, is one of her greatest inspirations. Dr. Burgess is a trailblazing oral pathologist who works closely with Dr. Jonathan Irish diagnosing and treating mouth cancers at Princess Margaret’s Dental Oncology, Ocular, and Maxillofacial Prosthetics Clinic. This clinic is the busiest of its kind in Canada, seeing 14,000 patients every year.

Vancouver dentist Dr. Alison Fransen still considers Dr. Marcia Boyd, the dean while Dr. Fransen studied at UBC Dentistry, one of her greatest career role models. An Order of Canada recipient, Dr. Boyd was the first Canadian woman to serve as the president of the American College of Dentists. She also led a task force on the future of organized dentistry in British Columbia for the province’s College of Dental Surgeons and was an organizer and speaker for the American Dental Education Association’s International Women’s Leadership Conference.

Female Dentists Are Providing a Different Experience for Patients 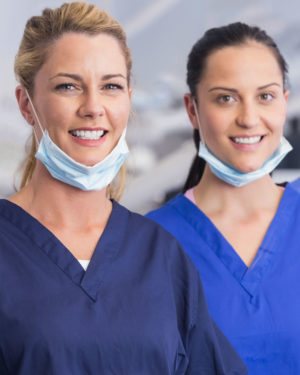 For centuries, a trip to the dentist has been perceived as something to fear. However, as more women enter the field, that perception is slowly changing, according to McKay and Quiñonez. While most female dentists don’t think their professional experiences are any different from those of their male counterparts, studies show female dentists bring different traits and practices to their clinics.

Once dental practices were male-dominated spaces, but today female representation is at an all time high. In fact, one-third of the dentists at 123 Dentists are women. Female dentists can also bring a different kind of decision-making to any practice, according to self-reported research cited by McKay and Quiñonez. Men replied in a survey that they usually base their decisions on objectivity, logic, and consistency, while the women reported being more motivated by how they feel. Their personal values, sympathies, and desire to maintain harmony and tact are important factors in patient care. 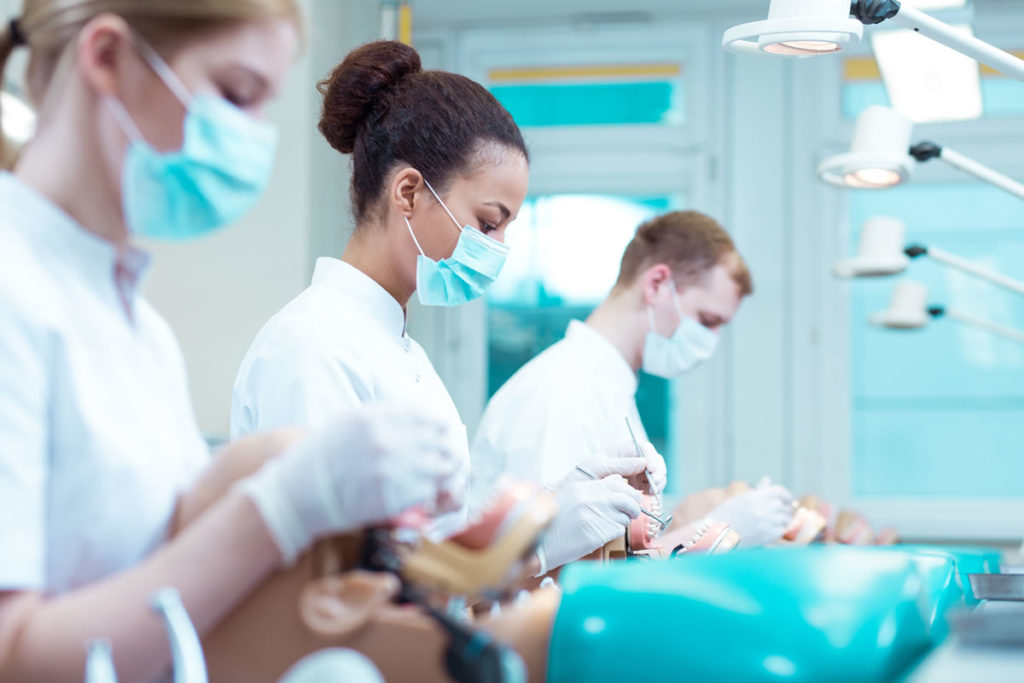 The personal qualities women typically possess see them spearheading unique dental programs like Ontario’s Project Restoring Smiles. The women behind this initiative provide free dental procedures to survivors of domestic violence who are self-conscious about what their abuse has done to their smiles. These dentists provides extensive procedures costing thousands, including orthodontics, bleaching, crowns and bridges, root canals, extractions, dental implants, and surgical facial reconstruction free of charge.

“Our vision is to restore confidence in women who have survived domestic violence by addressing the physical effects of abuse,” Dr. Tina Meisami explained in a statement cited by women’s blog SheKnows. “Restoring a woman’s smile has an incredibly powerful impact on her overall physical and mental health.”

Since launching in 2011, Project Restoring Smiles has treated more than 45 patients to more than $200,000 worth of complimentary dental services.

The different character traits female dentists exhibit, as seen in the team from Project Restoring Smiles, translate into the different approaches McKay and Quiñonez saw female and male dentists taking in clinical practice. They noted male dentists tend to use gloves, masks, and protective eyewear less frequently than female dentists, who reported being more concerned with infection control. Women also typically favour preventative measures, while male dentists are more likely to advocate significant restoration. The willingness that these women have to head off problems before they arise could have a significant impact on their patients and the entire dental industry, in fact. 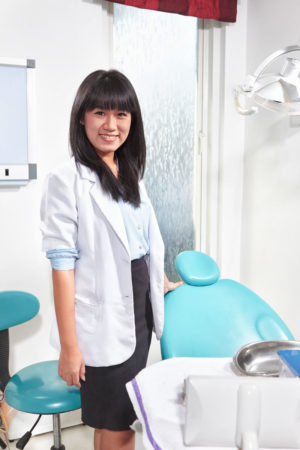 For that reason, the large number of female dental professionals that come from nations outside of North America is also notable.

Burnaby dentist Dr. Wise Tang hails from Hong Kong and offers her services in English, Mandarin, and Cantonese, and is the owner of two 123Dentist offices.

Dr. Roshanak Rahmanian received her Doctor of Dental Surgery in Iran before completing a two-year qualifying program at the University of Toronto to practice in Canada.

Today she works as a general dentist at the Lonsdale Dental Centre in North Vancouver.

Representation of Women in Dentistry Goes Beyond Dentists 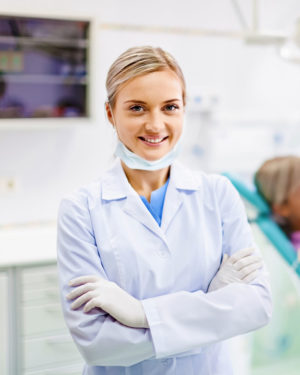 When assessing the impact of women in dentistry, it makes sense to analyze the number of practicing dentists. However, this doesn’t tell the entire story. Approximately 98 percent of Canada’s dental hygienists are women, along with 95 percent of its dental assistants. Both these roles feature in the top five female-dominated professions in Canada.

While general dentistry remains popular, many female dentists say they see more of their peers pursuing roles in specialties like oral surgery and endodontics. Women like these continue to make strides in dental specialties and assert themselves in exciting new dental fields.

Dentistry Is Growing to Reflect What Women Want

Women in dentistry typically demand different things than their male colleagues. They often want time off to raise children and usually retire earlier. In his article “The 5 Most Dangerous Trends Facing Dentists and Their Families Today,” Evan Carmichael noted that male dentists typically work for 35 years, while female dentists usually work for 20 years in the profession. This statistic is bound to change since the ratio of women to men in the industry is continually changing, and will be interesting to observe over the coming decades. 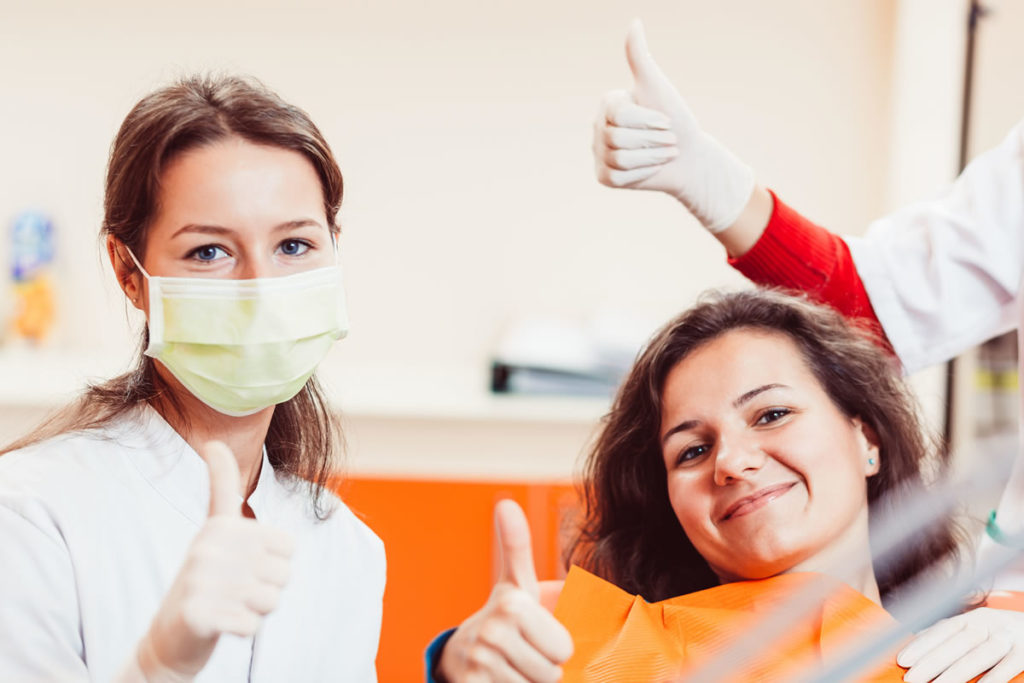 As more women take roles in dentistry, we are seeing dental practices create more flexible working environments that reflect the needs of women. The current crop of dentists encourages those of the future to continue striving for the working conditions and work-life balance they need to achieve success.

We surveyed a number of female dentists and below are some of their comments and advice for women considering becoming dentists.

“My advice for future women dentists would be to know yourself and how to manage the stress of being a perfectionist, which can be in the nature of those personalities that go into dentistry,” one respondent said. “It can be overwhelming to own a practice, and be a ‘perfect’ clinical dentist, ‘perfect’ employer, ‘perfect’ colleague, lifelong learner and ‘perfect’ mother and still juggle everything with the impossible standards we set for ourselves. We wear many hats.”

“Having a dental career while being a mom is tough,” another respondent said. “One should strive to balance her career and family life, but the drive is the influence one can give to each and every patient and it’s priceless.”

While juggling the demands of dentistry with home life can be challenging, our dentists are showing they can do it all with ease, all while bringing new elements and approaches to an established industry. Although this was once a male-dominated field, women and their successes have now become integral to dentistry in Canada and beyond.

So with all of that said, we’d like to wish you all a happy International Women’s Day!