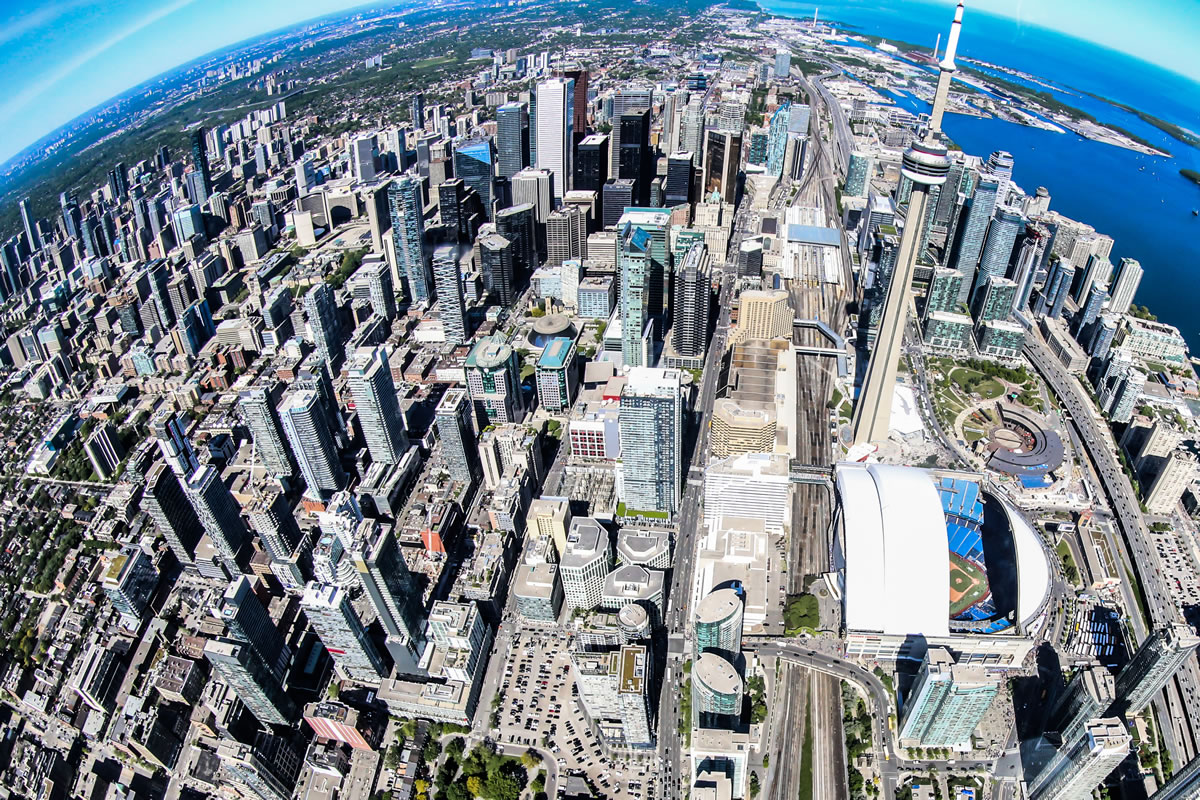 Ontario is home to Toronto and Ottawa, cities in the province where a number of companies are doing business. Several of these businesses are on the leading edge of their sectors. Learn more about some of the most innovative businesses in Ontario and the advancements they’re bringing to their industries.

While most efforts to prevent concussions from playing football have focused on the head, Waterloo-based Aexos turned its attention to the neck. The company’s HALO shirt is a mock turtleneck that aims to reduce whiplash and concussion-related injuries. The shirt is made from a rate-sensitive polymer that’s soft to the touch yet doesn’t impede performance or natural movements. However, during a whiplash event, the polymers in the shirt’s collar stiffen to improve neck stability. The stiffness reduces the head’s tendency to jerk back and forth, a reaction that causes most concussions.

Headquartered in Toronto, Canada Goose creates a variety of winter clothing pieces, including jackets, vests, parkas, gloves, and hats. Sam Tick founded the company in a small warehouse in 1957. During the 1970s, Tick’s son-in-law, David Reiss, joined the company and invented a volume-based down filling machine.

When Tick’s grandson, Dani Reiss, became president and CEO in 2001, he sparked the company’s growth and pledged to keep making the products in Canada. Today, Canada Goose continues to break new ground by releasing its first line of knitwear garments.

Founded in Toronto in 2011, Nymi is a startup company that aims to make passwords obsolete. Everyone has a heartbeat that’s distinctive. Nymi is interested in creating a small bracelet that measures your distinct cardiac rhythm and turns it into a form of biometric identification. When you wear the bracelet, items such as your smartphone, computer, and your car will recognize you and unlock the objects so that you don’t have to enter a password. This technology is also a great option for businesses that have secure areas and want to eliminate the hassle of lost employee access badges.

OCAD University student Henry Chong believed more people would choose to commute using a bike if the option of doing so was more convenient for them. He designed the LIFT bike for his thesis project and eventually created Revelo Bikes.

These premium folding bikes can collapse in five seconds, making them one of the most portable bikes ever created. They’re also the only bikes in the world to feature anti-lock brakes that keep the front wheel from locking up during stops. Plus, you can get a variety of modern innovations for these bikes, such as phone holders and LED lights.

As the demand for renewable energy options continues to increase, Silfab Solar is leading the way with its efficient and high-quality modules. Located in Mississauga, this solar product manufacturer created modules specifically for the North American market. The company uses precision engineering to create products with some of the lowest defect rates.

Additionally, Silfab Solar has several research agreements with other companies that allow the manufacturer to test some of the latest technologies in its solar panels before incorporating the advancements into the manufacturing process.

Millions of people around the world with food allergies know the struggle of trying to safely eat meals. Tellspec is a Toronto-based company that has created a handheld scanning device that can tell you exactly what ingredients are in your food.

Tellspec’s founder and CEO Isabel Hoffmann developed the device after struggling to help her daughter cope with a severe food allergy. The portable device directs a laser at the food, scans the food’s chemical composition, and sends a list of ingredients to a smartphone app.

Headquartered in Mississauga, WaterFarmers is a modern company designing and developing innovative aquaponic systems to help lead the shift toward self-sufficiency. Aquaponics is a concept that uses the symbiotic relationship between crops and fish to create a closed-loop system for providing food. It uses less water than soil-based agriculture and doesn’t require fertile land, which makes it a great option for an apartment garden. The company has created aquaponic projects for everything from commercial farms to remote communities.

Ontario is home to many businesses that encompass nearly every industry imaginable. These innovative companies are leading the way in their sectors and showing the world that Ontario is open to game-changing ideas.