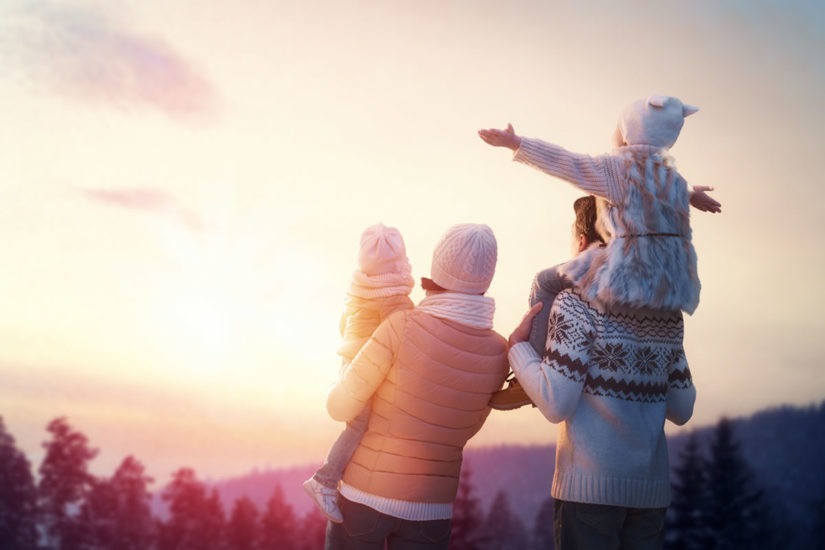 Family Day is celebrated on the third Monday of every February. Though not an official national holiday, the event is celebrated far and wide across the country, with dozens of family festivals and things to do organized each year in the provinces where it’s observed: New Brunswick, Alberta, Ontario, Saskatchewan, and British Columbia. (NOTE: Interestingly, the same day is a statutory holiday in three other provinces and one territory too, but for different reasons. Manitoba celebrates Louis Riel Day, Nova Scotia and Yukon celebrate Heritage Day, and in Prince Edward Island, they celebrate Islander Day.)

Family Day has become a staple in areas across Canada, but when exactly did it begin — and why do we celebrate it now? Take a closer look at how Family Day got started in Canada, and see our suggestions for a fun celebration with your family this year.

Why Do We Celebrate Family Day?

Family Day is a time set aside to focus on getting closer to your loved ones. It was scheduled to fall between New Year’s Day and Good Friday in order to grant another day off between these celebrations. In Ontario, the government established Family Day in order to give hard-working individuals more time with their loved ones. Though only a few Provinces formally celebrate it and only non-federal employees usually get the day off, it’s a wonderful bonding time for families in participating areas.

Family Day got its start in Alberta when Helen Hunley — the Lieutenant Governor of Alberta — passed the Family Day Act in 1990. This officially established the third Monday of every February as Alberta Family Day. Other Provinces adopted the holiday over the next two decades. Saskatchewan founded “Family Days” in 2007, and Ontario followed suit in 2008 and British Columbia in 2013. British Columbia is the only Province that celebrates the event on the second Monday of the month instead of the third.

New Brunswick and Manitoba have similar events — Islander Day on Prince Edward Island and Louis Riel Day in Manitoba — and Yukon and Nova Scotia both have a respective Heritage Day. All of these celebrations are held on the third Monday of February. Though the remaining Provinces don’t celebrate the event, it’s widely acknowledged in Canada and could become a public holiday in the future.

Though some parts of Canada only give non-federal employees the day off, government workers in a few Provinces are entitled to take the day to spend with their families. Per the Employment Standards Act, for example, qualifying Ontarians can enjoy a minimum of nine public holidays with public holiday pay per year.

Events and Things to Do in Your Province

If you’re privileged to have the day off and your children don’t have to go to school, this holiday is a wonderful opportunity to explore your community’s fun activities.

Take advantage of this wonderful time of year to reinforce your family bonds. With so many free community events and spots to visit, you should have no trouble filling out your Family Day itinerary.