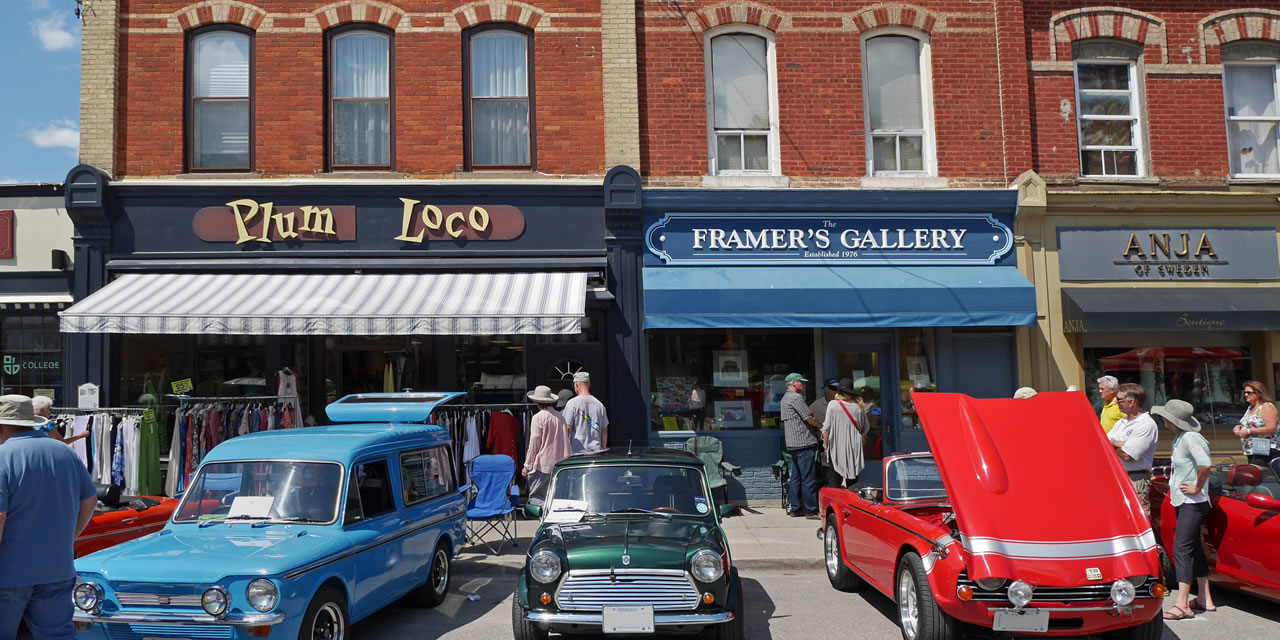 The area now known as Port Perry was surveyed in 1809. The first European settlers, Reuben Crandell and his wife, took up residence on a homestead in 1821. Their original home can still be seen between Prince Albert and Manchester on King Street. In 1848, settler Peter Perry organized village lots along Lake Scugog on the former site of a village. The town site was called Port Perry in 1852, and it received official village incorporation in 1871.

Today, Port Perry’s beautiful Victorian-era downtown is a tourist destination with art galleries, cafes, restaurants, antique shops, and clothing stores. Since many farms are located throughout the region, residents and visitors alike can pick their own apples, raspberries, and strawberries. Notable landmarks around town include the Scugog Shores Museum Village, Scugog Memorial Public Library (which features the Kent Farndale Art Gallery), the Town Hall 1873 Centre for the Performing Arts, and Scugog Island Cruises.

Port Perry hosts many events throughout the year, many of which are based on seasonal celebrations and recreation.

The annual Port Perry Fair celebrates the town’s extensive agricultural history each year and has done so for more than 150 years. Held during Labour Day weekend, the Port Perry Fair kicks off with a Motocross event, a lumberjack show, a tractor pull, and a beer tent. Additional activities include cattle shows, 4-H competitions, a demolition derby, an extreme rodeo, and a pet show. With so much to do at the Port Perry Fair, you’ll want to bring the family and anticipate a weekend full of fun.

Port Perry is also home to the annual Theatre on the Ridge. This summer theatre festival presents professional musical and theatre productions that engage and entertain audiences of all ages. Port Perry residents can enjoy big-city theatre experiences in their hometown, and volunteer opportunities are always available. Notable productions have included “The Wind in the Willows” and “The Importance of Being Earnest.”

The Future of Port Perry

Given Port Perry’s deep agricultural roots and close-knit community ties, the community has managed to retain its charm as a town on the outskirts of the Greater Toronto Area. The attractive lifestyle makes this corner of Ontario very special.

In recent years, Port Perry has served as a hub for many of the Scugog area’s small communities. In fact, Port Perry has attracted many film crews over the years and has served as a key location in “The West Wing” television series, the film “Fly Away Home,” and the series “Hemlock Grove.” With its active fishing seasons and cultural significance, not to mention the presence of the Great Blue Heron Casino, Port Perry’s future appears promising.

Our 123Dentist Network is pleased to be a part of the Port Perry community. Whether you’re passing through or you’re a longtime resident, we hope you stop and savour Port Perry’s charm for yourself.