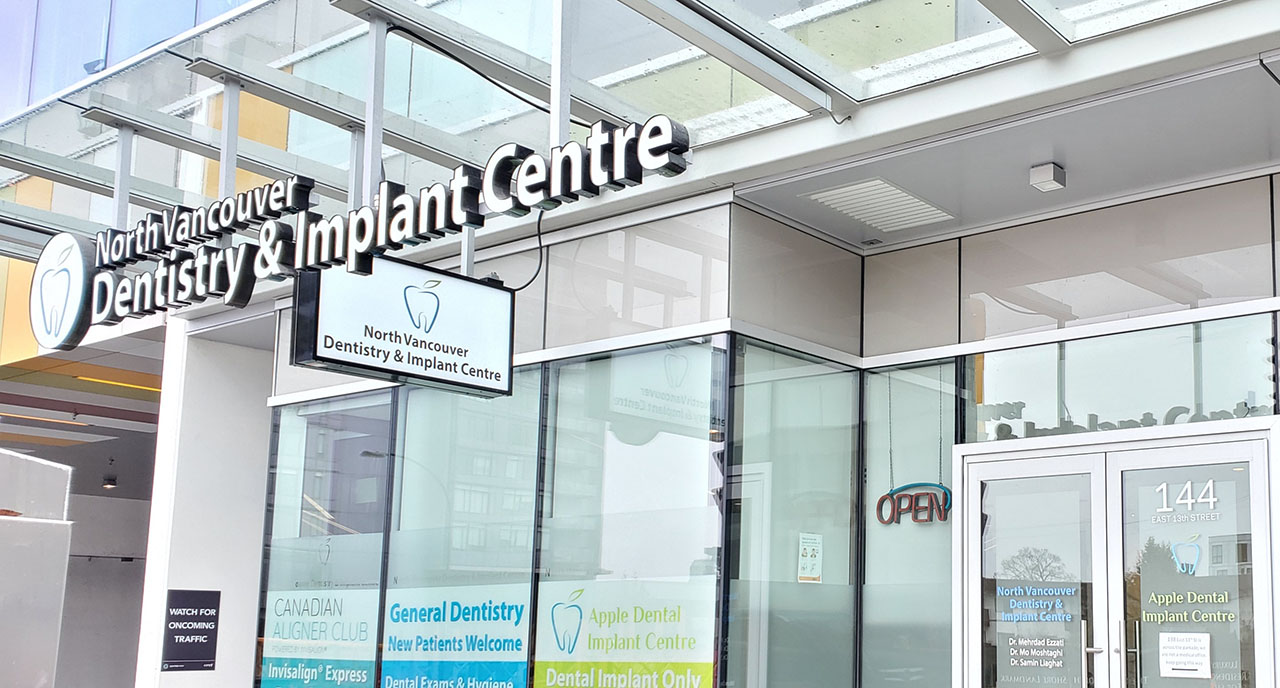 North Vancouver Dentistry & Implant Centre is a relatively new, family-focused dental practice situated in the amazing Centreview building. Our patient-driven treatment plans mean that our dentists will work closely with you to understand your goals, educate you on the options available to you, and deliver a dental experience that will leave you with a smile you love.

We offer general and restorative treatments, including cleanings, fillings, root canals, and more. Additionally, we host an Apple Dental Implant Centre location, which means you get all the benefits of a general family dentist, with the added benefits of dental implant services and technologies. It truly is the best of both worlds